but 2 things to know:
{and i would appreciate you envisioning my hand quotes when you see them…
as chris farley would use them}

1. i married a guy who isn’t “into” a lot of things that make regular dudes “uncomfortable”. he’s not really an “out of the box” kind of guy. so last year when i said we should all “dress up” and go do the halloween thing… since we had a kid and all…. i got rejected faster than gun shots in texas. so b and i went as “b” and “queen b” and we didn’t even dress up for the adult party… lets just say, i left that party in tears of embarassment.

2. i am a theatre-out-of-the-box-eccentric-loud-sometimes-funny-but-usually-not kind of person. i get into halloween in a serious way. enough said. last year i wrote about the
one day a year i really don’t like my husband. and then after he apologized profusely for being such a bum, he promised he would get into it next year….

since b is really into dora,
{i know, lots of you find that show repulsive. we like it here, so whatever.}

i mentioned this idea, first one, and cc was 120% on board.
he giggled all night talking about how funny it would be to be in character all night…
and though, costume parties can be awkward… lots of smiling and pointing…

he was a champ. 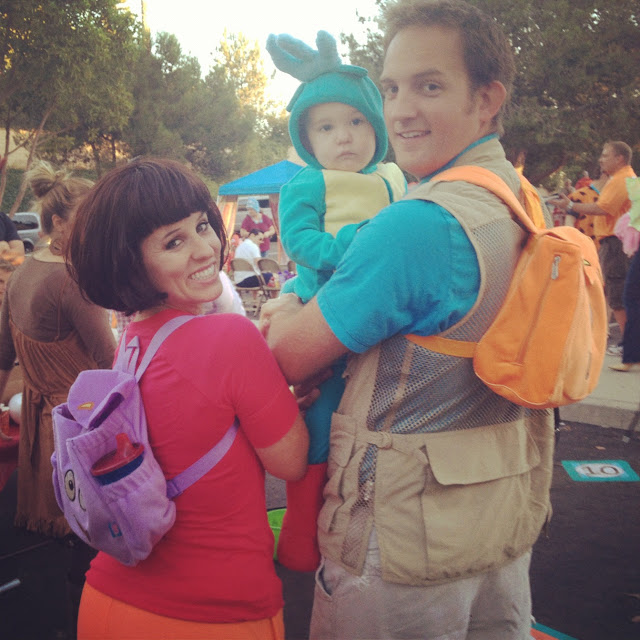 and so was little man.
he was so tired, {and i think just baking in that costume}
but by the end of the night,
when we were car to car to pick up more candy, he was all in.
“treat” “chanch you” 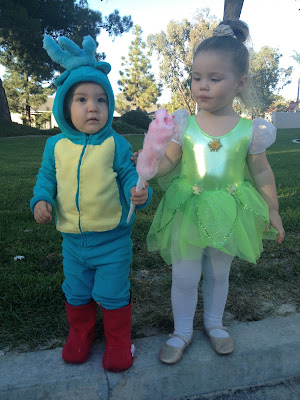 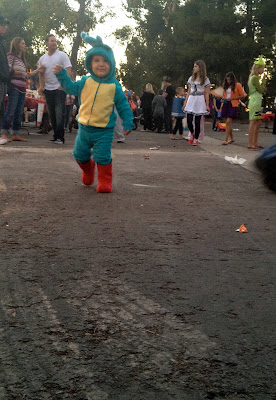 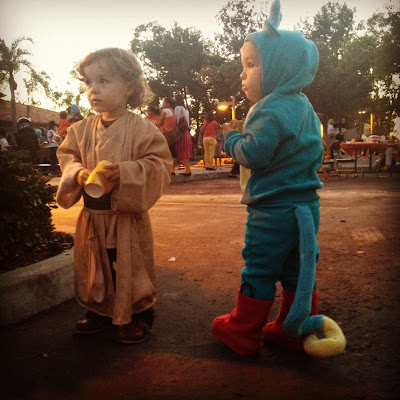 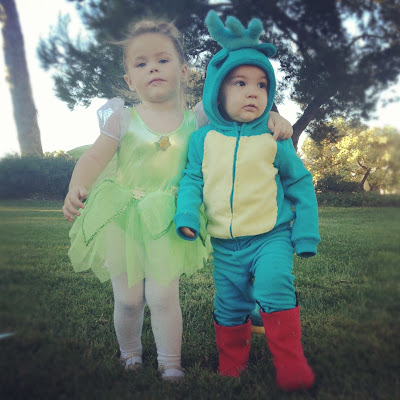 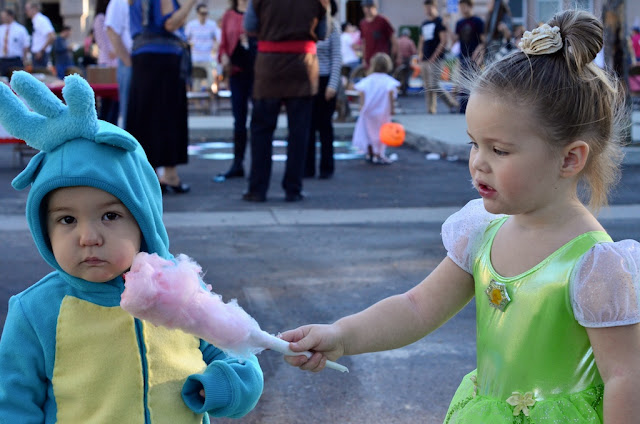 the store-bought boots costumes were disgusting,
so i found a little girl’s jacket and pants that had ears already and made a monkey thingy on top and a tail, basted some yellow on the front, and made some red covers for his firemen galoshes. it was a fun project, and it had been forever since i put down the computer to sew for a few minutes.

i liked it a million times better.

and now it is nearly black from all that horsing around on saturday.
he’ll be a pretty dirty boots tonight i guess! 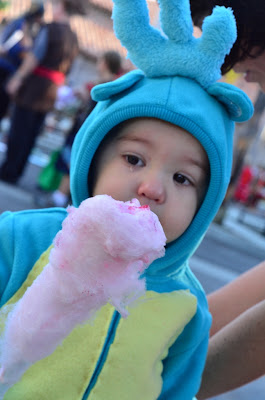 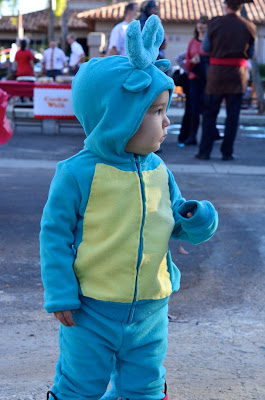 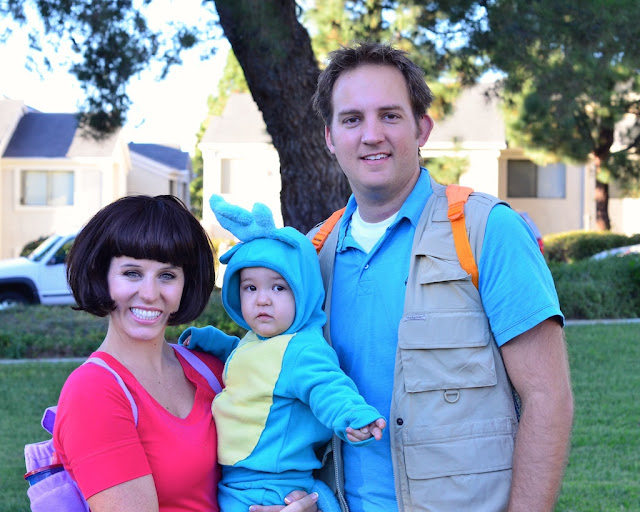 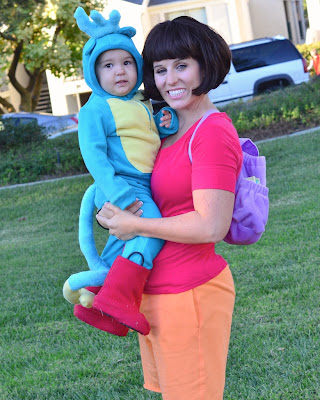 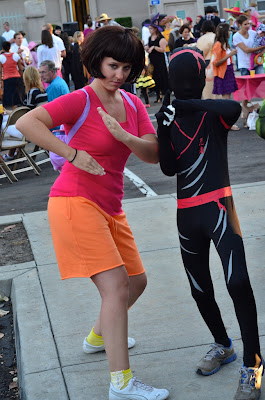 i am fully aware that this costume is super unflattering,
and that all my girlfriends look amazing…
i try not to let it get to me… 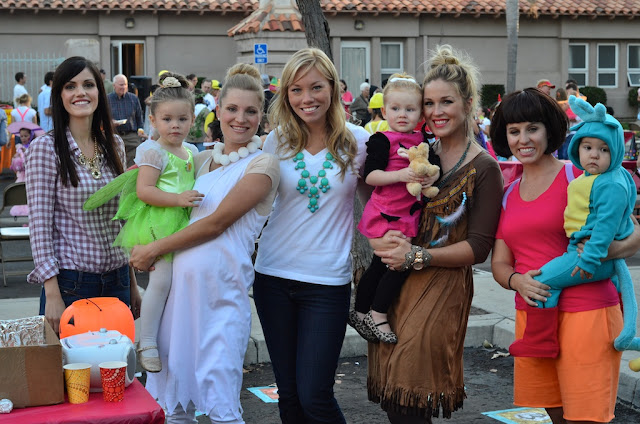 and, for your halloween morning viewing pleasure…
a really funny dora spoof video you must watch.
trust me.