a few years ago i posted that my new year’s resolution was to
find my long lost tact.

a brief moment as background for non-family…
{cc is in construction mgt.
we are here in the central coast for only 18 months
to finish this hospital that is due to finish in 5 weeks.}

things are tense because this deadline is going to be tough to meet, so everyone has been dreaming of christmas and a minute to breathe before the raging storm that will be january.

we stuck around through thanksgiving to ensure a good solid christmas break.

lo and behold, most everyone’s vacation time was yoinked for christmas.
cc will get 3-4 days instead of the nearly 2 weeks we have dreamt about all year.
no cabin, no week with family after the hullabaloo of christmas…

then i got furious. 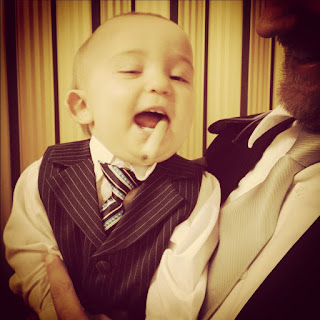 then cc told me we were going to a christmas party at the boss’s house.
the one who, to me, could only be known as scrooge.
and i with my positive, grateful-for-a-job husband, felt like bob cratchet’s wife.

i practiced my words carefully…

first thing he asked me when i saw him at his large house was
“so are you guys heading down for christmas?
big mistake…

{i was already on edge about the arrogant cop who pulled me over for no reason that morning and talked to me like i was an incoherent 5 year old…
unfortunately, i was a bit tactless in my dealings with him too…}

i tried to mix the humor with my rage so he could still hear how ticked i am about it…
lets say i think he picked up on it.

my blood boiled most of the night until we left.
we had a good time with all of the co-workers,
most of whom seemed a little more than peeved.

as we left, {the boss-man} finally announced to everyone that a lot of us will be leaving to the next site {san diego} in 6-8 weeks!!
{information we have been waiting to hear for months!}

the one glimmer of happiness.

i felt only slightly better to have aired my grievance, but
i would be lying if i said i didn’t feel like a crazy person.

i was trying to leave it all at home when we left for church yesterday,
and an inspiring mom breezed passed me with a huge grin on her face.

{she has a child with multiple disabilities and she missed a few events over the weekend because of some emergencies that came up.}

i asked her how she was doing and without a moment, she genuinely replied, “i’m great!”  she bounced around continuing with her sunday duties without skipping a beat and said things had calmed at her house.

i told her how positive she was, and she just said with a grin, “i have to be.”

as she walked away, tears fell.

life is tough for most everyone i know these days and staying positive is the only thing that cures the “life-isn’t-what-i-want-it-to-be-right-now” blues.

her trial is one i don’t know i could handle half as well as she can.
she’s right though, i have to be positive.